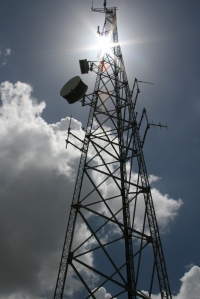 To perform or not perform – that was the question the Supreme Court hung its hat on in this week’s decision against technology startup Aereo. In a 6-3 decision on Wednesday, the United States Supreme Court concluded that Aereo did publicly perform. The majority of the opinion relied on the fact that the Court first reached the preliminary decision of labeling Aereo’s technology and business structure to that of a cable company. Cable company = under the umbrella of the Transmit Clause within the Copyright Act. The decision represents a victory for content creators, broadcasters, and in this writer’s opinion, all creators of content.

In case you are new to Statute of RyAnne or need a refresher on the issues and arguments of Aereo, be sure to review an earlier post HERE titled What is Aereo? Why Should I Care? The Aereo attorneys pointed out earlier Supreme Court cases that would tend to sway the Court’s opinion in the startup company. However, the Court pointed out changes Congress made to the Copyright Act after those decisions, which succeeded in putting broadcasters under the umbrella of the copyright regulations.

The Court explained how Congress created a “new section of the Act to regulate cable companies’ public performances of copyrighted works.” It continued by stating these changes achieved the result of bringing “the activities of cable systems within the scope of the Copyright Act.” The Court based their decision on the facts that Aereo functions “overwhelming” like a cable company, which is now under the scope of the Copyright Act and thus performs.

The distinction of equating Aereo’s activities to that of a cable company is important so the reach of the Transmit Clause of the Copyright Act remains narrow. As Aereo argued, to impose copyright liability on new technologies could create broad results Congress could not have wanted when it made the addition to the Copyright Act. The Court stated in relation to the Transmit Clause “to apply broadly to cable companies and their equivalents, did not intend to discourage or to control the emergence or use of different kinds of technologies. But we do not believe that our limited holding today will that effect.” The opinion continued by stating it would not comment on future technologies because they and their business structures were not before the Court.

So, what does this mean for future technologies and cloud computing devices? Taking someone else’s created work, transmitting it to an end-user while charging a fee (even if you did not charge a fee), at least according to this Court, is a cable company and under the umbrella of the Transmit Clause. If you have an idea for a business model, then the model should not function like or be equivalent to a cable company. For now, it’s back to business as usual for broadcasters.

You can read the entire opinion HERE, along with the dissent. What do you think about the decision? Did the Court reach the right conclusion? Do you think it will deter or harm future start-up technologies that might offer a more a la carte system to television viewing? Take part in the Comments section below and Stay Tuned In!