Long before he was Christopher Dean the world-class choreographer and I was Ryanne the entertainment attorney, we were two geeky (and mostly awkward on my part) kids growing up in small town Alabama. We thankfully found a kindred spirit in each other over our love of Elton John, Broadway musicals and pretty much anything fabulous! With my big dreams, I rarely fit in with the “cool kids” in town. But, I knew I could always count on Christopher dreaming right beside me. 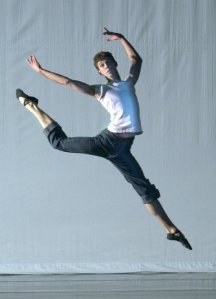 Christopher is now living his dreams through choreography and dance. I really could not be more happy or proud for him. On Monday night June 17 you can catch him in an upcoming episode of the hit reality television series The Bachelorette airing on ABC. While contractually we can’t give you all the details of his appearance, I will give you a few more details in Part 2 with Christopher next Friday.

In the meantime, here is a link to his choreography reel:

This is the first in a two-part series where we caught up to talk about choreography and the business part of the entertainment business. Christopher had so much information to share that I could not put it ALL in just one post! So, like a good reality television program, you’re going to have to tune in next Friday.

Any creative heros or heroines? I adore Broadway choreographer Jerry Mitchell. I love his style, energy, and entertainment value. He is also a really down to earth person. I was lucky enough to work with him multiple times in NYC. His choreography and the projects he works on all have one distinct quality: they can make you forget about reality and take you away for a brief time. That’s why I perform. Period.

What was your creative path? I’ve been a performer since childhood (*Note from Ryanne,* I can COMPLETELY attest to this statement. If I had a nickel for every afternoon Christopher and I spent making up dance moves or trying to re-enact some movie scene, law school would have paid for itself. :)). I came from a hometown and school system with a strong support of the arts so I was always involved in choir and band programs. That continued with me while attending The University of Alabama.

The dance side of my career was an accident. I needed a fine arts credit for my biology degree and band and choir didn’t count because they fell under the school of Music. So I took a dance class for beginners just hoping to get through and get the credits for my degree. The next semester I added dance as my second major and the rest is history. I started booking semi-professional gigs in college and landed my first professional job right after college graduation.

Whom do you draw influence from? My middle school and high school choir teachers definitely shaped me the most – John Baker and Patty Muller. In college it was my professor in dance, Cornelius Carter who was able to see this untapped potential in me and he definitely guided my education and career. We were a team throughout my college years. My senior year I, as a dance major, received the Alumni Senior Award at the University of Alabama. Cornelius also won US Professor of the Year that year. We were thrilled for the dance department.

What do you consider to be the most challenging part of what you do? The pressure I put on myself to come up with something new, fresh, and “original.” People have great expectations and part of performing, choreographing etc is how you are feeling emotionally at that time. I always put great pressure on myself leading up to a project. But it’s what I do, it’s in my nature and it always happens when it’s time.

Do you protect your creative work and how important is that? YES and Extremely! With so many avenues now in media and communication getting my work out there is easier than it used to be. But it also makes it easier for others to shortcut, copy, or steal work. I put a lot of genuine thought and effort into making my work new and exciting for all my clients. I get really burned up when I see people taking shortcuts, even in small projects such as high school musicals. Why copy something off YouTube or a DVD? The JOY of creative work comes through the process. If you’re not exploring the process, you are not an artist. You are a robot regurgitating material.

Was there a time where you really messed up related to your craft? What did you learn from it and what advise do you have for others? I took a choreography job for a MAJOR International Cruise Line. It was last minute, but I felt thrilled and honored to be offered the chance to choreograph and direct my first FULL length cabaret show to be performed on a cruise line. Since I “knew” these people and had worked for them for years I jumped at the chance. I was needed immediately so I flew to Alaska on a day’s notice and began slowly receiving materials to build the show. It was annoying and disorganized. I had ZERO workshopping time. I would take music, go in and choreograph or stage numbers on the fly. It was hard work. The show turned out lovely! I had an amazing talented cast to play around with in the creative process. Two full weeks of working day in and day out on this show. We opened it for the cruise line executives and they loved it!

When I arrived back in NYC the Cruise line sent me a contract–which I had neglected to sign BEFORE working for them. I was being paid somewhere around only $1200 for producing, directing, and choreographing a full length show that had been hailed a success and was being considered to be reproduced fleet wide on every ship. I was heart broken and mad at myself. I emailed executives and was eventually given $300 more dollars for my effort.

Definitely a lesson learned for me. Get a contract. Be firm in the beginning. Never trust that “we’ll handle all of that later”. To give you an idea of the discrepancy, that show made more than $1,500 in bar sales each time it was performed on a single night. What a disheartening situation. 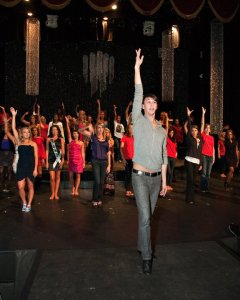 Like all good reality television shows, you just MUST to tune in next Friday for our second part of this interview. There is a lot more to learn! In the meantime, you can follow Christopher’s Fan Page or hit him up on Twitter and Instagram at thechrisdean.

Finally, thanks to Christopher for taking part in this project. Early on in my life, he’s one of the few people who celebrated NOT fitting in. Some people are not meant to fit in; they are meant to stand out – I learned and embraced that early in life from him and am forever grateful.

Show your love and support for his endeavors in the comment section below!

Are you following this blog yet? Suscribe in the upper right-hand corner at the top of the page so you can Stay Tuned In!