Today’s Feature Friday is the uber-talented Jason Turner with the Jason Turner Band who has been playing, performing and songwriting for over 17 years.  Based out of Jackson, Mississippi, this singer/songwriter is in high demand.  Jason plays over 300 shows in any given calendar year and tours all throughout the Southeast! And, as I type that – it simply makes me tired just thinking about it.  🙂

He was recently selected to be one of the featured artist on Oxford Sounds alongside other such artist as Jimbo Mathus, Charlie Mars, Shannon McNally, and Blue Mountain – just to name a few.  Jason’s music is hard to define, but I know I like it.  It ranges from Blues to Rock to a bright Country sound.  It’s the type of music that you just want to sit back, listen to and have an adult beverage over.

Presales for his new album, Apology on Repeat, start this coming up Tuesday June 4 on iTunes and the album officially goes on sale Tuesday June 18.  Do yourself a favor and visit his site for a preview.  In addition, he’s a heck of a nice guy that gives it his all in every performance. 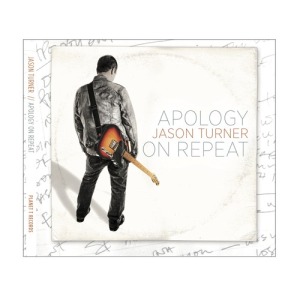 Who would you say is your creative hero and major influences?  They constantly change.  But, initially it all started with Pearl Jam.  Fast forward a few years and add Ryan Adams and John Mayer.  Overall, my creative hero would have to be Ryan Adams.  I’m inspired by how prolific he is and all the albums he has produced in such a short time.

In what ways do you think the globalization of creative work has helped and hurt your craft? Anything can be released and put out there. There is not really a filter and the market is flooded due to it. It has also destroyed the art associated with a musical release. No one cares about the liner notes anymore. Growing up I couldn’t wait to get a cd and see what was inside. That was half of the joy of buying it. Now that is gone.

On the other hand it has created a great freedom. I can record music when inspired and give it away to the world. If people share it with friends it spreads. You used to have to wait on a record label to MAYBE discover you. Now you don’t. The playing field is evening out.

What are some pieces of advice you have for aspiring musicians? Grow thick skin and work your butt off. Don’t be a rockstar, be professional. Take it serious.  Get EVERYTHING in writing. Also work hard. Don’t expect anything to be handed to you. It won’t be. If you want something bust your butt to get it. Also, Dont ever give up.  This business is a marathon and a lottery.

Jason is completely hooked up in the social media world.  You can find him, his music, tour schedule and maybe even his blood type (I kid) by visiting www.jasonturnerband.com.

Take time to go over and catch a listen to the new album Apology on Repeat.  When I first had the pleasure of getting a sneak peek during the creative process I texted him “that it reminded me of summer in the South, hanging out with friends and having a good time.”  Several listens to it later, and I’m sticking by my original thoughts.

Kickoff your Summer and order the pre-sale of the album on Tuesday and catch Jason in a live performance near you soon.  Stay Tuned In!