For my first ever Feature Friday I reached out to photographer and friend, Tom Beck.  He is a great artist, professional, and dedicated creator.  He also always has something to say behind the camera and away from it, especially related to the creative process, the business part of the creative business and intellectual property rights.  Are you picking up why we’re buddies?

Even though we have known each other for quite awhile, I enjoyed hearing about his work, and I hope you do too.  The photos posted are a mere sampling of his overall work.  I hope you take the time to explore his websites (all of which have blogs attached) and follow him via social media. You can track Tom down by sending me a message.  Or, you can find him via Twitter at @beckphoto, LinkedIn, Facebook, or via email beck@beckphotographic.net  or tom@spotonproductionsllc.com.

How long have you been in this business?  I’ve been shooting for 12 years as a pro, but I’ve been shooting since I was 10 – 36 years ago (yikes!). My first camera was a Polaroid Land Camera that shot peel apart instant pack film. I really loved that camera!  Besides my still photograph business, Beck Photographic, I also have a film and video production business – Spot On Productions.

Who are your major influencers and creative heroes? There’s no easy way to answer who my major influences are. There’s different influences at different times and different ways. It could be a photograph, a movie, or just observing a person or scene. Sometimes I just see things in my head of how I want them to look. Sometimes an agency will give me touchstones or a mood board to convey how they want something to look or feel like.

Whenever somebody asks me who my creative heroes are, the first name that pops into my head is Richard Avedon. There’s a uniqueness to how he saw the world and people in it.  As a portraitist, he really amazes me.  Avedon once said, “My portraits are more about me than they are about the people I photograph.”  I completely understand that sentence, and it’s true about me as well.

I would also have to say the director Akira Kurosawa is another of my heroes. I love the way he would frame the world, and the way the camera moved, or didn’t move in it. His composition is really incredible to me.

How important is it to protect your creative works?

It’s very important to me to protect my copyrights and intellectual property.  It’s protecting my interests, it’s protecting my future.   It’s in the Constitution itself, Article I, Section 8, Clause 8:  “To promote the Progress of Science and useful Arts, by securing for limited Times to Authors and inventors the exclusive Right to their respective Writings and Discoveries.”

What is a lesson that you learned early on related to the business aspect of what you do? Even though I learned this early in my career, I wish I had learned to really understand the contract.  I had been doing some stringer work for a newspaper, when I finally learned what “Work For Hire” really meant. When I tried to renegotiate the contract, the paper just wouldn’t do it. I think that they actually didn’t enforce it, but the fact that they could really bothered me, so I stopped shooting for them.  The second thing I learned is to have a contract, even when you don’t think you’ll need one.  People you never thought would screw you, will screw you, sometimes not even realizing that they’re doing it.  Know the legal terms in the contracts, get a knowledgeable attorney to look it over with you.  Also, hire that attorney to write YOUR contracts for you!

The corollary is, EVERYTHING IS NEGOTIABLE!

In what ways do you think the globalization (i.e. social media, internet, ease of download) of creative work has helped and hurt your craft? Thomas Friedman said it best:  “The Earth Is Flat”.  What has happened is that anyone can do a job from almost anywhere on the globe.  This means that I potentially have more possible clients to market to.  This also means that others are marketing to those same clients and I have a lot more competition.  There’s a lot of digital noise out there now, and it can be very hard to break through.  It seems to almost be a full-time job just getting to the point of that breakthrough.  So while it’s easier to reach an audience these days, it’s harder to do so.

Any books, websites, resources or overall recommendations for people interested in this business? Photography and filmmaking is tough, but it has always been tough, for very different reasons.  First it was tough on the technical side:  you had to know what you were doing in order to shoot a still or moving picture.  Now, it’s much easier to do that, so the difficult part is in finding the work and getting the job with increased competition.  You really have to love what you do in order to make it in this business.

This business is pretty much 100% creative, but not in the way you would normally think of “creative”.  It’s probably at least 75% normal business – meetings, marketing, billing – things you have to do away from the camera.  But you still have to be creative to find clients.

There are several websites I read that are germane to the digital media industries:  Thoughts of a Bohemian, On Taking Pictures website and podcast and  The Copyright Zone. 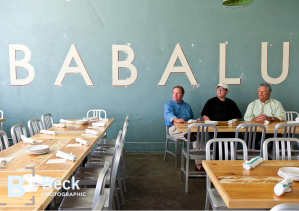 Special thanks to Tom for agreeing to be my first Feature Friday. I love visiting his website and social media platforms just to see how he sees the world. I hope you make plans to stop by often.  As you can probably imagine, all photographs in this blog are subject to copyright protection attributed to Tom Beck, used by permission and all rights reserved.

Do you have an artist that would be a good person to feature? Drop me a line, take part in the conversation and stay tuned in.